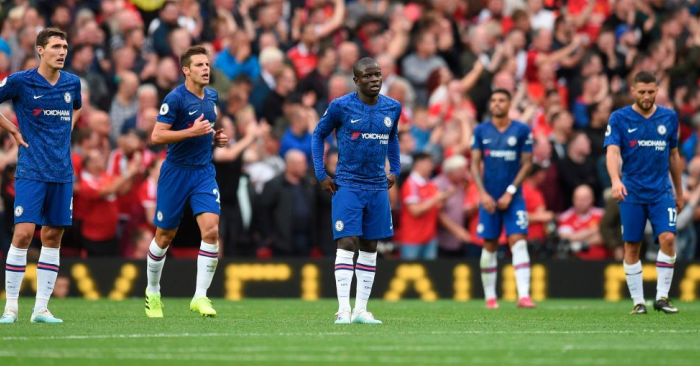 Returns exclude Bet Credits stake. Our editorial is always independent learn more Manchester United are gunning for their first trophy of the Ole Gunnar Solskjaer era when they take on Chelsea in the FA Cup semi-finals this weekend.

The Red Devils have caught the attention of the nation since returning from lockdown in outrageous goal-scoring form courtesy of Anthony Martial, Marcus Rashford, Mason Greenwood and midfield maestro Bruno Fernandes.

They remain locked in a fierce battle for a Champions League place with Chelsea, but that will be shelved in favour of focusing on the cup this weekend.

Frank Lampard will hope to mark his first year in charge of Chelsea with a trophy, but will know he faces major hurdles if the Blues are to do so.

Upcoming games will be staggered across multiple kick off times so you can tune in to watch every match live.

Chelsea had more chances and more possession but a combination of wastefulness in front of goal and defensive errors cost them dear, as Anthony Martial doubled United's lead and Rashford doubled his tally in the space of two second-half minutes.

Summer signing Daniel James came off the bench to complete the rout for Ole Gunnar Solskjaer's side, who were guided to a first clean sheet of the season by assured performances from Harry Maguire and Aaron Wan-Bissaka on their Premier League debuts for the club.

Subs: Pulisic 6 , Giroud 5 , Kante 6. Man of the Match: Harry Maguire. Speculation was rife ahead of kick-off as to how Lampard's Chelsea's would shape up, but by the time Abraham's piledriver had struck the post inside four minutes there was complete and utter clarity - Chelsea were here to attack.

What wasn't in the Chelsea game plan, though, was to undermine their positive start with defensive errors, with Kurt Zouma the main culprit as his stray pass across the box found Martial, who fired tamely at Kepa Arrizabalaga seven minutes in.

Zouma got away with his first lapse but his second was punished. David de Gea. Harry Maguire. Luke Shaw. Aaron Wan-Bissaka. Jesse Lingard 86'.